Prepare to be Judged 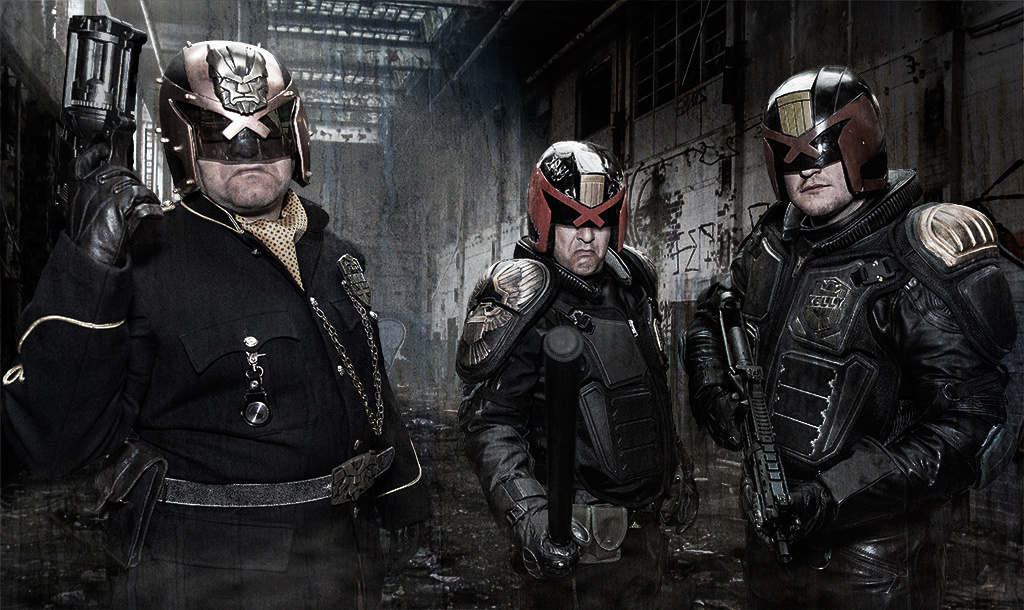 "Prepare to be Judged" was born after I attended a local Comic Con. When I say attended, what I actually mean is that I went along to the Guild Hall in Preston and photographed the people standing in the queue. They were the ones who were actually going to attend the Comic Con.

It has to be said that it was a great opportunity to get some interesting images.

Three of the characters supporting the Con were dressed as judges from the comic book and film Judge Dread. They had they gone to town! Their attention to detail was second only to the crew from Star Wars.

However, the background of the Guild Hall was just not in keeping Nor did the image on the day have the feel I was after and so the edit began. 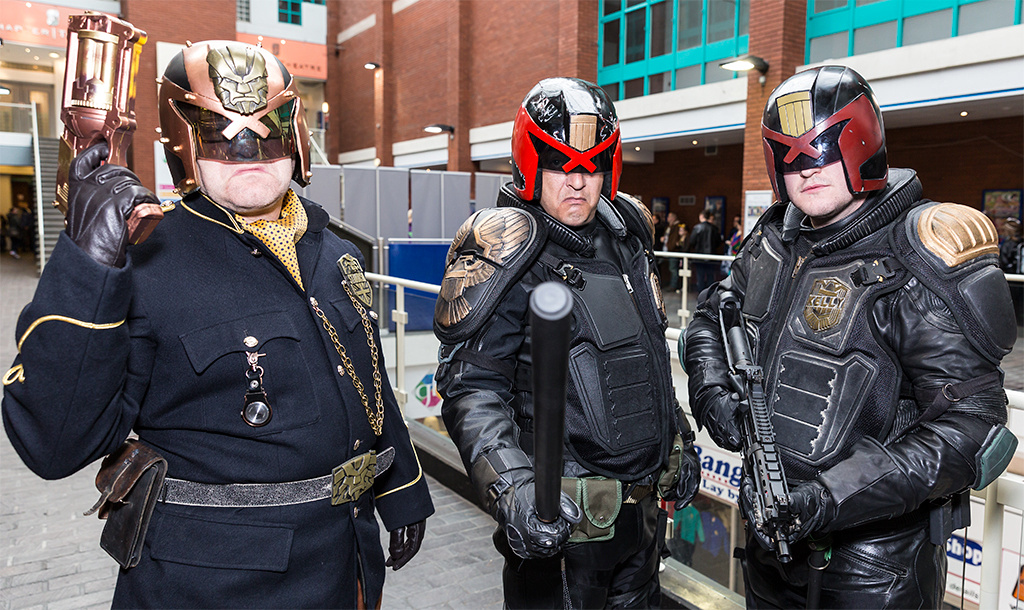 The selected background, or what is left of Huncoat power station. 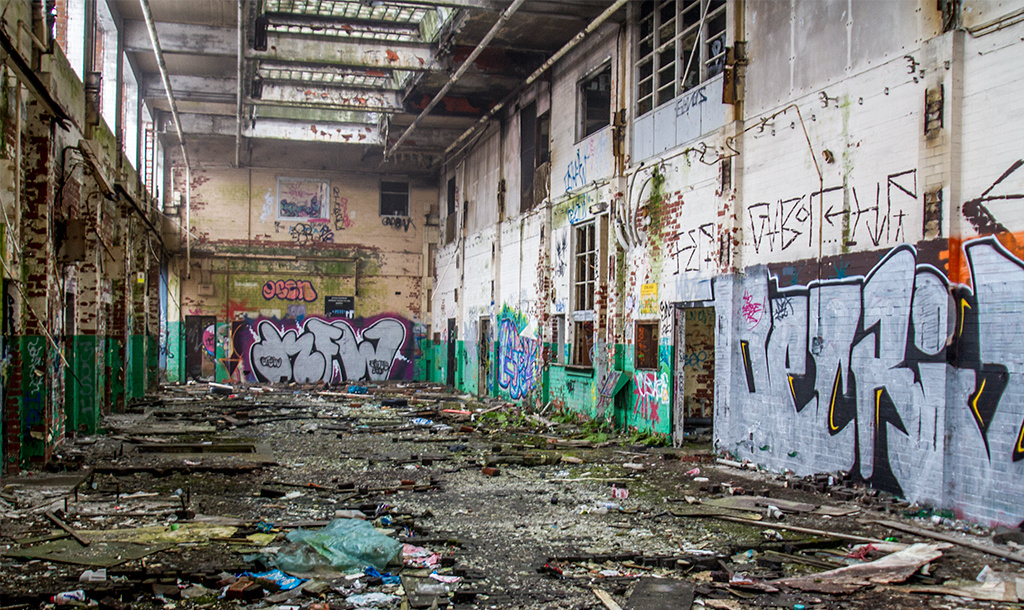 Although the background was a lot nearer to the look and feel I was after it was just a little to bright, clean and vivid. A lot more mood and grunge was needed. So I started by darkening it down using the curves tool. 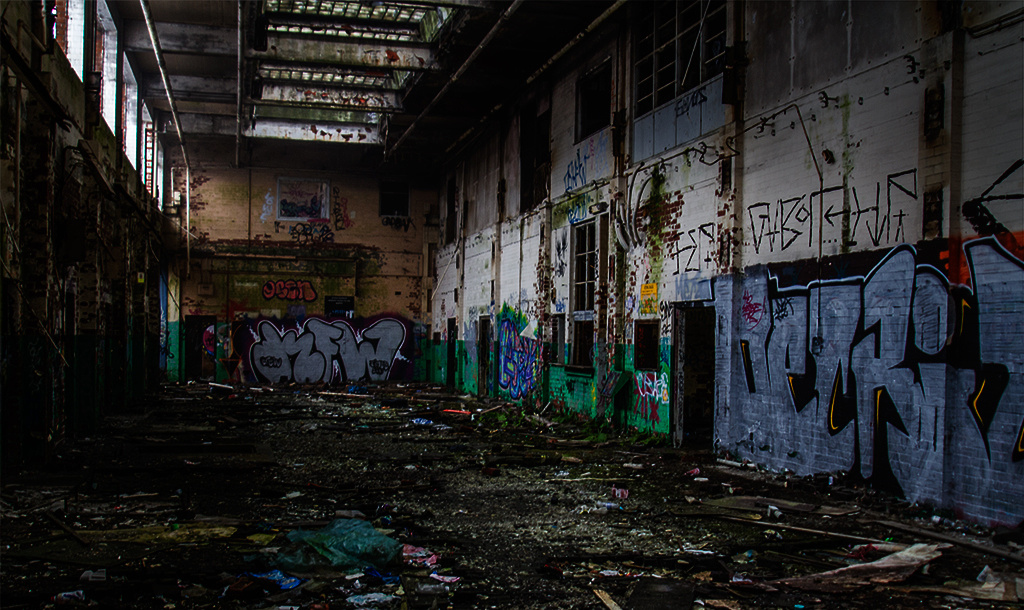 Then to add a the mood I added some rays of light coming from the outside and the floor above. Note the hint of colour.

To do this I isolated each judge and worked on each character individually. This was done by cutting each one out from the original image by duplicating it and applying a layer mask. 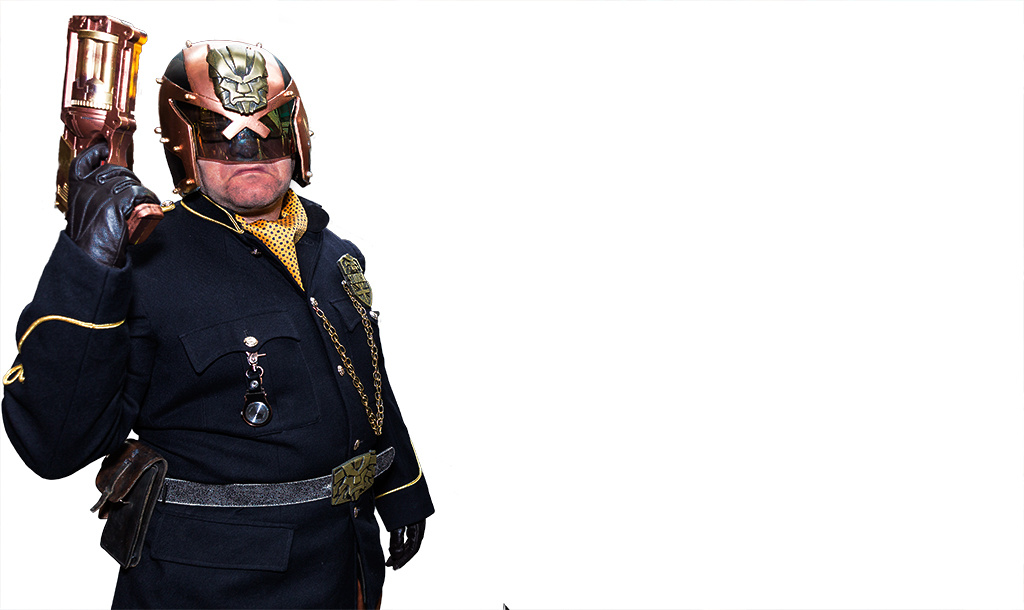 Then applying a few bits of fine tuning to bring each Judge closer to the tones and feel of the background. 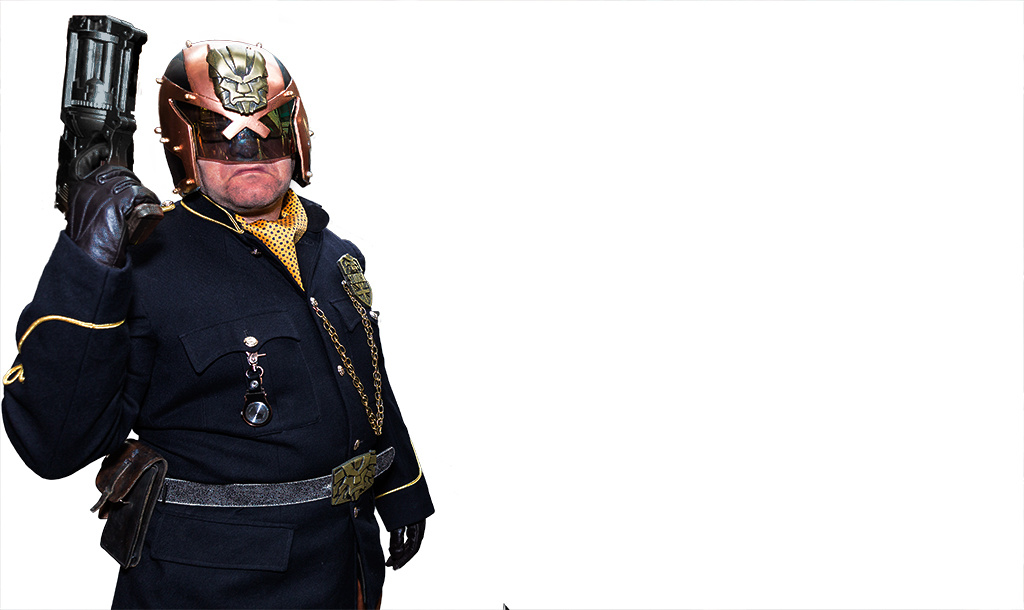 This process was repeated for each Judge. 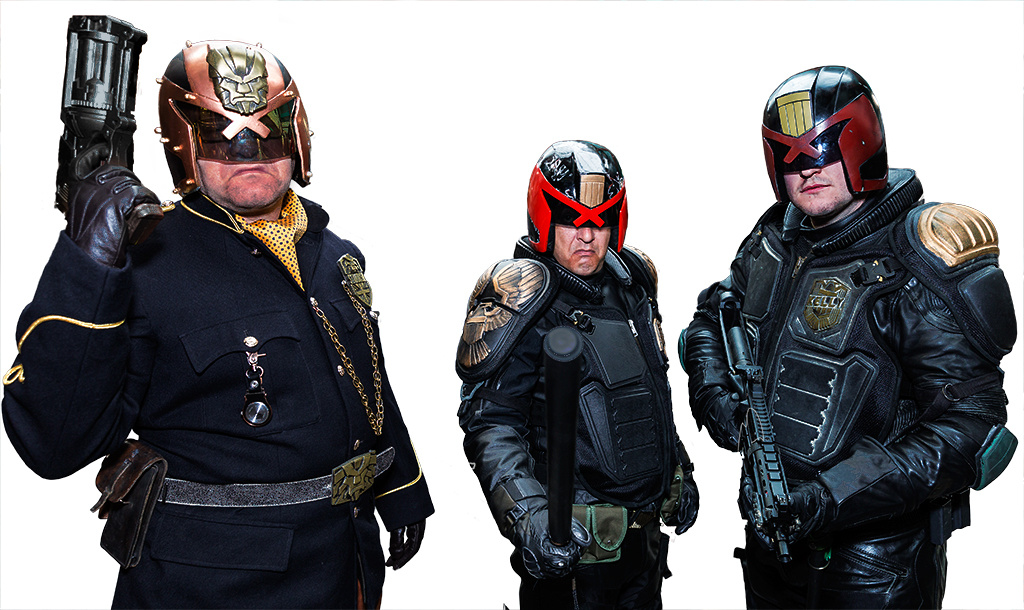 The three judges were then placed on top of the edited background. 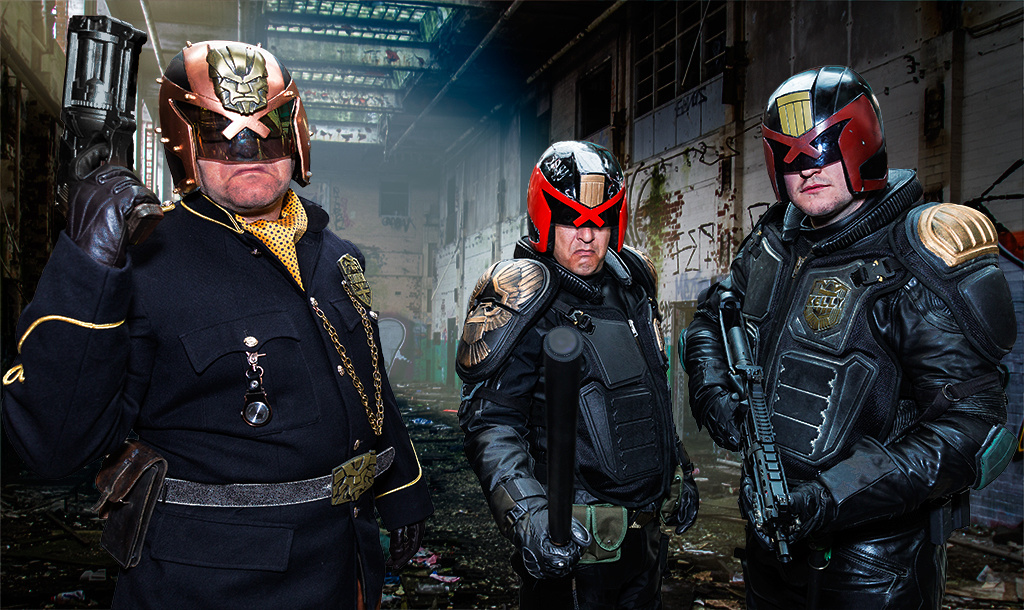 However, it was still a little safe and clean for my liking. More grit was needed!

I started by adding a little dirty mist, not sure what dirty mist is.... but still more was needed. 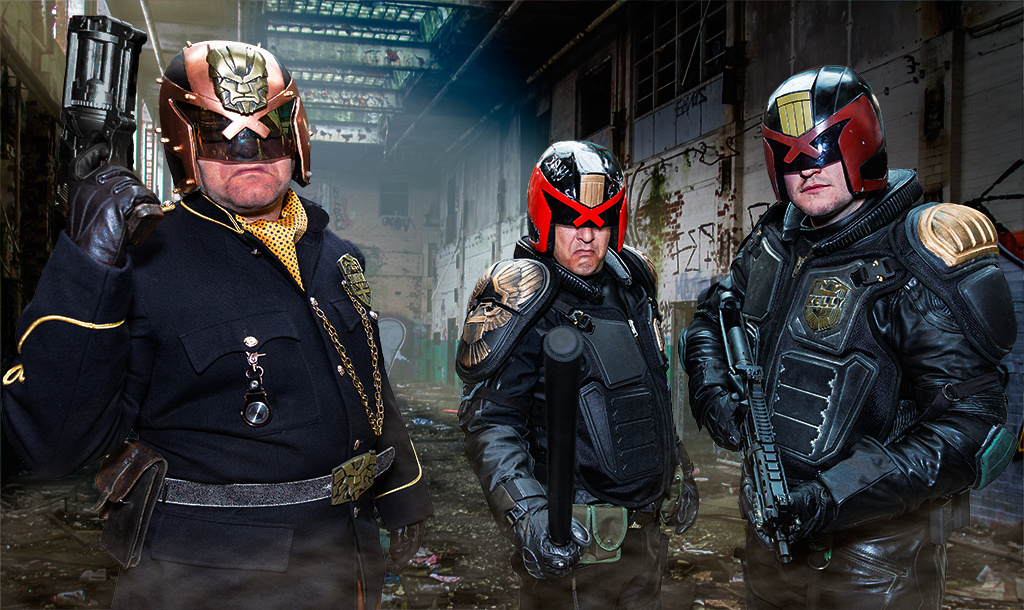 By applying a bit of desaturation and making the whole image darker we were getting close. 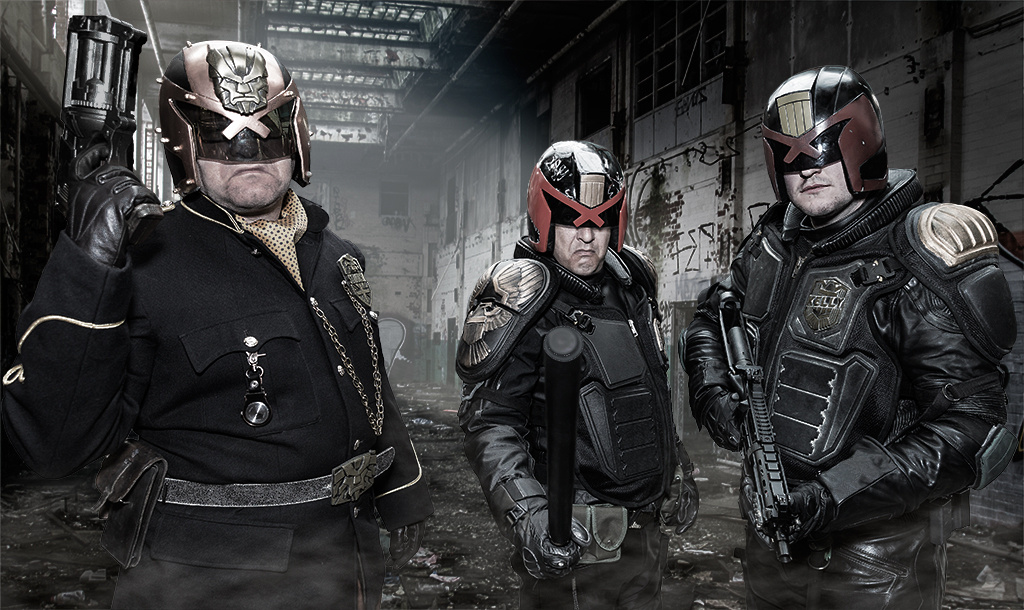